Rarely seen by divers, this female Muddy Argonaut, a.k.a. Paper Nautilus, Argonuta hians, appears ready to abandon her egg-laden shell. This specimen had apparently been attacked and injured by a predator, which may have prompted the evacuation. While superficially resembling a nautilus, Argonauts are actually a type of pelagic octopus. Only females produce a shell, which also serves as an egg case. Males are much smaller, and seen even less often than females. Mergui Archipelago, Burma, Andaman Sea, Indian Ocean 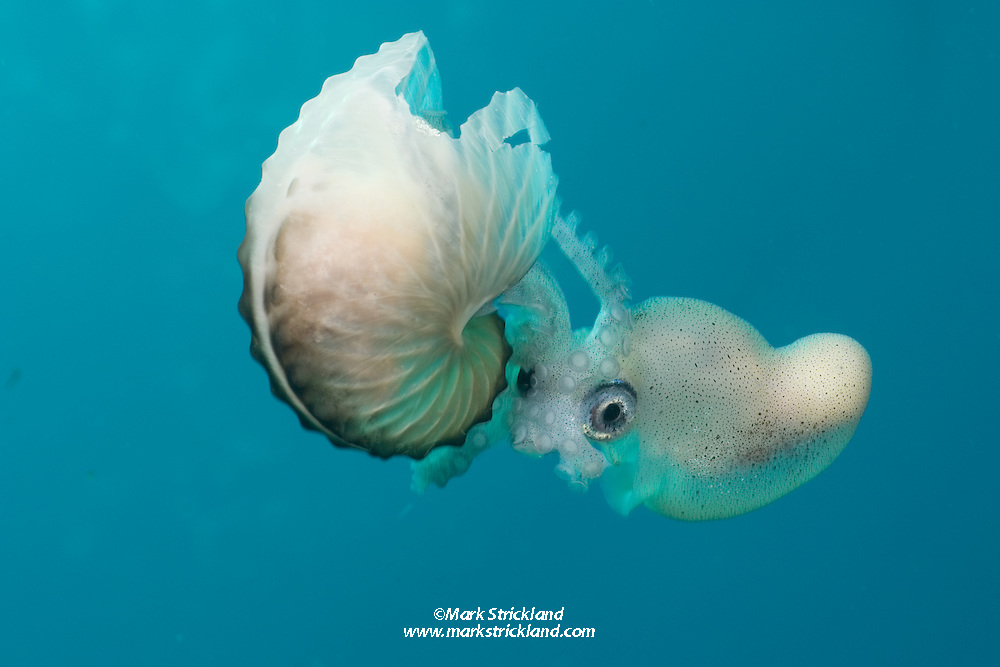